VFW Post 7873 is nestled on the shoreline of Lake Texoma in Grayson County, 10 miles north of Pottsboro, Texas. The VFW property includes 44 acres and 89 home sites leased from the Corps of Engineers.

The site of our Post was originally Denison VFW Post 2773 Lakesite. They leased 44 acres of land from the Corps of Engineers in the early 1950’s. The first building was opened around 1955. In 1957 the building on the slab was destroyed in a flood. The building was rebuilt soon after, and the Post members designed 89 home sites surrounding the Post. Three home sites were occupied by 1960. The Post was again flooded in 1982.

In June 1983, a motion was made at the regular Denison meeting to transfer the Corps of Engineers lease on 2773 Lakesite Recreation Area to Lake Texoma VFW Post 7873. 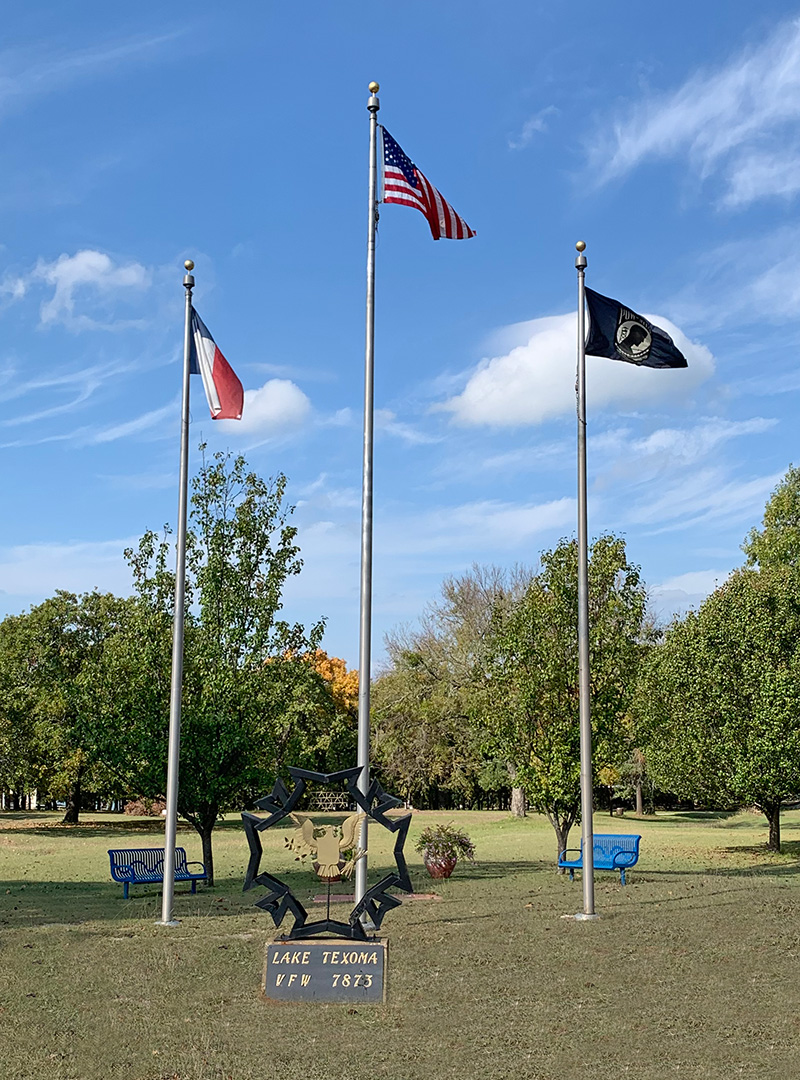 Our Post flooded again in 1987. In September 1987 the Post had a groundbreaking ceremony to build a new Post just up the hill, out of the flood plain. The grand opening ceremony was held on March 7th, 1988 for the 6,000 square foot building.

In June 1991, the Post was destroyed by fire. The Post started raising money to rebuild, and they opened up a tent on the old slab to continue business.

The new Post was dedicated in March 1992 and remains standing today. 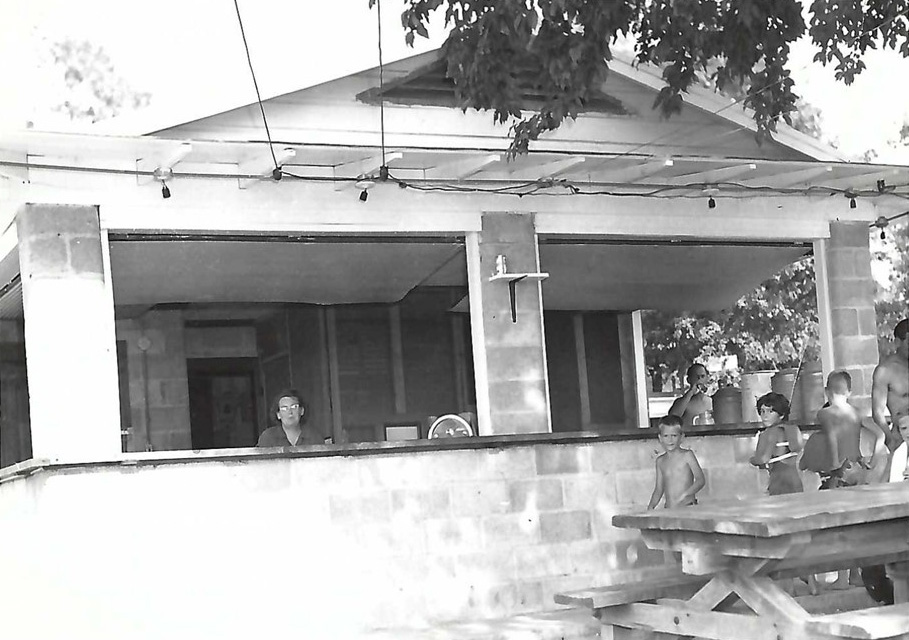 This is our original post facility that was built in 1955 on what we refer to as “the slab” today, located by the water in the lower parking lot. We were Denison VFW Post 2773 Lakesite at this time. There were no home sites during this period. This photo was taken in 1956. Pictured is Auxiliary President, Jan Vogelsang (middle child standing by the picnic table). 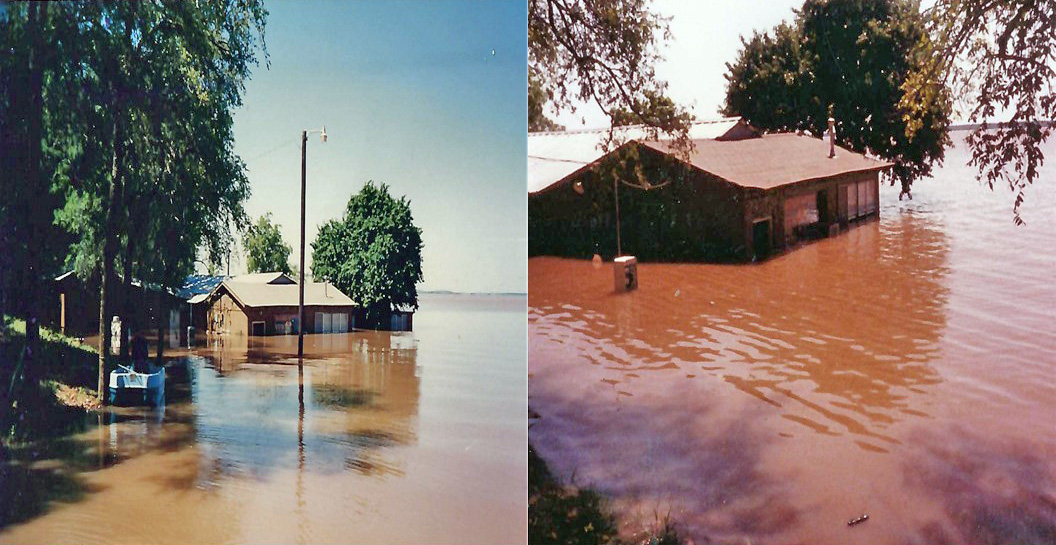 This was the second facility that was built soon after the first one was lost in a flood in 1957. This building was flooded in 1982 as pictured. By this time, all 89  home sites were designed that surround the post today. (Photo provided by Jan Vogelsang) 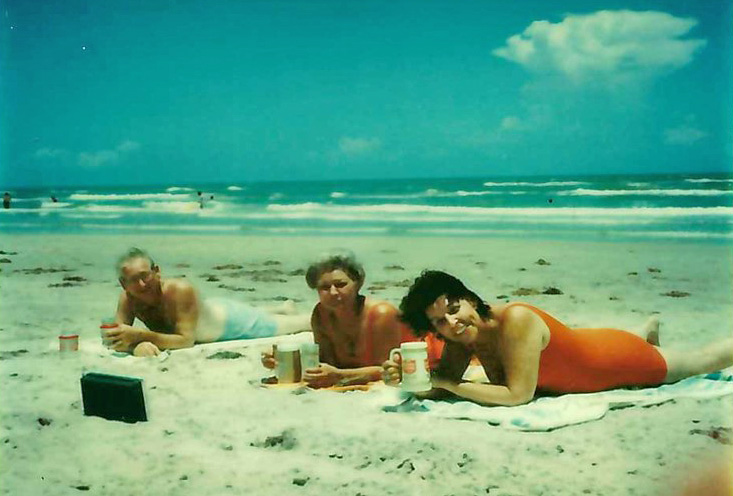